At Troupe Waste & Recycling, we serve the South Shore area with great pride. If you are looking for a waste management company for your home or business, give us a call today. We would love to discuss our many solutions with you.

A Little Bit About The South Shore

Not only do we live here, but we grew up here. As a family-owned and operated business, we have deep roots in this community; to say we love this place would be an understatement.

The South Shore is a place that is rich in beauty and history. It represents that quintessential charm that New England has become known for. It’s probably one of the most inviting places you could ever live. It’s surrounded by beautiful beaches, scenic harbors, and unique living communities.

While the world may not have heard of some of the cities on the South Shore, they have most definitely heard of some of the people that got their start here. Let’s start with two former presidents. John Adams and his son, John Quincy Adams, were both born in the city of Quincy, MA. This suburb sits right outside of Boston and is a well-known South Shore community. Since two former presidents were born and raised there, it was given the nickname “The Land of Pilgrims and Presidents”.

Remember the 1620 Mayflower you learned about in history class? Well, it landed in Plymouth, another important city in the South Shore. As a result of the Mayflower landing here, Plymouth is often referred to as the original American hometown.

As you can see, the South Shore is an amazing place with an incredible history. That history is one of the many reasons we want to do our part in keeping the area nice and clean. 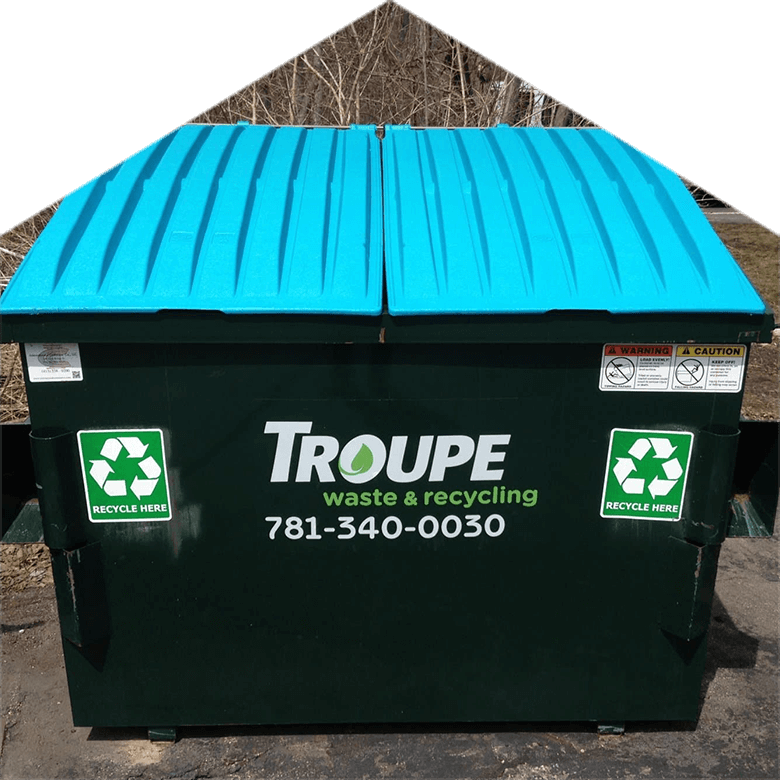 The Towns and Cities We Serve

The South Shore stretches south and east from Boston all the way to The Cape, along the shores of Massachusetts Bay and Cape Cod Bay. Within this stretch of land, you will find all the cities and towns that we serve.

Here is a short list of the towns and cities we serve at Troupe Waste & Recycling:

If your city, town, or community isn’t on this list, that doesn’t necessarily mean we don’t serve it. Please give us a call to see if we offer waste management in your community.

At Troupe Waste & Recycling, we aren’t like other waste management companies. We pride ourselves on being reliable. We understand the importance of timely garbage collection. We also understand the damage it can lead to when not done properly. That’s why we make it a point to do things the right way, the first time around. Not only are we reliable, but we are very dependable. If we say we will be there, we will be there. It’s the Troupe way.

We offer very competitive pricing on all our services. Give us a call today to get a free, no obligation quote.

Call us if you have a question

Towns We Service for Commercial Waste

Towns We Service for Residential Waste

Towns We Service for Dumpster Rentals